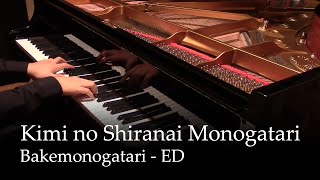 200.000 subscribers! Thank you for your support! ( ´ ▽ ` )ﾉThis special upload is dedicated to all my fans, who have supported my channel through the past 4 years.Well, it's been a while since my last upload, isn't it?That's because I spent the entire summer vacation in southeast-asia, to perform the "Animenz-live!" concert in Taipei, Kuala Lumpur and Singapore. I spend more than a month in Shanghai afterwards to visit my relatives.I met a lot of awesome people during my tour and I cannot thank enough the staff behind the animenz live! tour who made this possible! ヽ(*≧ω≦)ﾉAlso many thanks to the fans, who have offered to guide me through their city! It was really fun to hang out with you guys! (also: Singafina ftw!)Well, as a "side effect" of my asia tour, I didn't watch a single episode of any anime series of the summer season 2014 due to the lack of time. And since the new fall season has started a few weeks ago, I decided to just skip the summer season and start watching the current anime season. (Unless you can recommend me some anime series from the summer season I should definitely watch)I also played "kimi no shiranai monogatari during" my "animenz-live" tour in this summer, albeit not as virtuosic as this final youtube version. I improvised the piece back then, and as soon as I started to make the sheet of this piece, I added more and more material (variations, original material, and so on), until it developed into this final version. I also included three new piano techniques I have never utilized before in this sheet. Most of the ideas are inspired by my Asia tour after I returned to Germany.(also, anyone here who has been to the "how-to-transcribe-masterclass" in singapore? You'll surely recognize that piece :D) *sighs*Well then, my new semester has started a week ago, and it's business as usual.Btw, sorry for not replying to the emails andfacebook messages during summer, because I felt like taking a break from "Animenz" during my stay in shanghai, to relax a little bit (and eat a lot of delicious food)But seriously, after almost two months of hiatus, I really started to miss everyone on youtube and facebook. (seriously ;_;)Therefore, I decided to return to the stage once again with a (long overdue) 200.000 subscriber special upload by one of my favorite artists - Supercell! I think I have listened to this piece more than 400 times already, it's seriously addicting and somehow reminds me of a disney insert song.Anyway, it's nice to be back on YouTube again!Let's see what interesting anime this fall season will bring!Also, I hope I didn't make you worry too much with my "sudden disappearance"（´・ω・｀）Oh, and also, I have an official billibilli channel now:http://space.bilibili.com/6075139(Billibilli is the chinese vesion of niconico douga, in case you dont know what this is.)AnimenzTL;DRI'm back, bitches.- - - - - - - - - - - - - - - - - - - - - - - - - - - - - - - - - My facebook page:http://www.facebook.com/AnimenzFollow me on Twitter!https://twitter.com/Animenzzz- - - - - - - - - - - - - - - - - - - - - - - - - - - - - - - -Piano arrangement by AnimenzOriginal Song: Kimi no Shiranai Monogatari (君の知らない物語)Anime: Bakemonogatari (物語)Published by: Sony Records 2009Composed by: RyoPerformed by: Yanagi nagi / Supercell